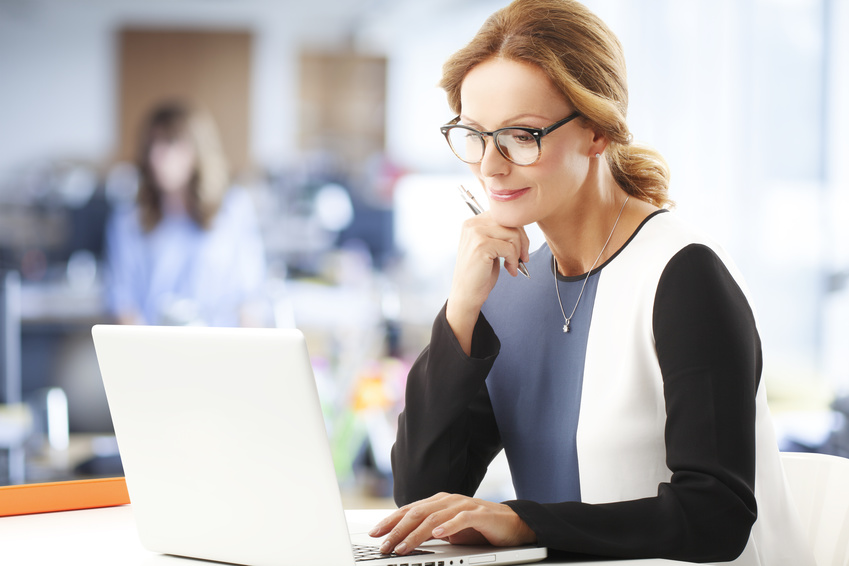 The act of acquiring products, supplies or services by the government with funds through purchase or lease.

An act that prohibits authorizing or incurring obligations or expenditures that surpass the amounts allocated by Congress and distributed by the Office of Management and Budget (OMB).

An Award is when a bidder’s proposal is chosen from all the submitted proposals to provide the goods or services requested in the original notice or solicitation.

A list of data containing bids and their information, such as title, location, dates, timeframe, requirements, and contact information.

Information and updates related to a current bid. Can include special updates, notice of meetings or additional requirements, or other data.

Communication sent to potential vendors that relates to a current open bid. Often includes additional information or details related to the bid. All AGB users can receive a daily bid notification that includes bids and awards that match their account preferences.

An Agreement made between the government entity and the supplier/vendor allowing purchases to be repeated during the specified period of time.

A location for information, education, and help for entrepreneurs to start their business and help it grow. They provide on-site counseling, courses and workshops, and have many resources to help a variety of businesses.

This Federal entity is where vendors can register to do business with the Federal Government. Their online resource is here http://www.ccr.gov/

This certificate is issued by the Small Business Administration (SBA) stating that the person in question is responsible (in terms of capability competency, capacity, credit, and integrity) for receiving and performing the tasks required to complete a specific government contract.

A firm owned and operated by economically and socially disadvantaged people which makes them eligible to receive Federal contracts under the Small Business Administration’s 8(a) Development program.

An order issued to a contractor that changes previous requirements in the contract. These changes are limited to designs, specifications, the place of delivery, the method of shipment or packing, and the drawings.

Any service or supply, besides real property, that is used for non-government purposes and that has been leased, licensed or sold to the public.

These are the technical requirements in the contract referring the the quality of the product or service.

Pricing that is not correct or is inaccurate. This can include orders placed against the Federal Supply Schedules (FSS), certified by a contractor to be correct, current and complete.

A council composed of representatives from each military department, the National Aeronautics and Space Administration, and the Defense Logistics Agency and that is in charge of the Federal Acquisition Regulation (FAR on a joint basis with the Civilian Agency Acquisition Council (CAAC).

Any cost identified as a final cost objective for a contract action. This would include cost factors such as direct material and labor.

This is a technique for transferring and storing formatted information between computers, using established and published formats and codes that have been authorized by the Federal Information Processing Standards.

This is a way to post noticed of solicitation and the solicitations themselves to the Internet. Business can then register to receive email notifications of opportunities in their area of interest. The Government point-of-entry (GPE for Federal Government Procurement opportunities over $25,000 is at Federal Business Opportunities (FedBizOpps).

A small business whose size is no bigger than 50% of the numerical size standard applicable to the Standard Industrial Classification code assigned to a contracting opportunity.

An entity is government agency that is requiring a good or service. They are sometimes referred to as a Buyer or Agency.

A term used to describe the net investment of owners or stockholders in a business. Equity can also represent the result of assets minus liabilities.

This is the Federal business site that lists many Federal procurement opportunities over $25,000. Government buyers are able to post their business opportunities directly to FedBizOpps via the Internet. You can reach this website at www.FedBizOpps.gov.

This is a process for procuring commonly used goods and services by placing delivery orders against Federal Supply Schedule contracts which have been awarded the General Services Administration (GSA). FIP Resources: A term referring to all computer-related resources such as firmware, computer hardware, software, documentation, goods, personnel, services and support services.

Fixed-price contracts normally provide a firm price, or even in some cases an adjustable price. If it provides an adjustable price, this may include a ceiling price, a target price (including target cost) or both. Unless stated in the contract, the ceiling price or the target price is subject to adjustment or other revisions of the contract price if stated in the contract. The contracting officer shall use the fixed price with economic price adjustments when acquiring commercial items.

A purchase card is similar to a commercial credit card, and is given to the authorized personnel to pay for goods and services.

This is the cost to any agency/entity for operating, recurring, supporting and disposing of the goos being gained over the life of the contract.

A Market Survey is a way for an agency/entity to get a feel for the availability or qualified people or companies that are able to satisfy the agency’s procurement requirements. This survey can be anything from telephone calls to written inquiries with federal and non- federal experts regarding similar or identical requirements. This way the agency can better plan their solicitations.

The acquisition of goos and services, whose total amount does not exceed $2,500, or if it is dealing with construction $2,000.

Contracts with a village, town parish, city or other local government.

The NAICS replaced the Standard Industrial Classification (SIC) Codes. NAICS is an industry classification system used by the statistical agencies of the United States for classifying business establishments. NAICS includes 1,170 industries of which 565 are service-based industries.

Any contractors included on the “Consolidated List of Debarred, Suspended and Ineligible Contractors.” The General Services Administration (GSA) creates, maintains and distributes this list.

Before an agency/entity decides who to award a contract to, they may sometimes evaluate a contractor’s capability to complete their contract. This could include site visits to a contractor’s facilities to determine the contractor’s qualifications and eligibility.

Information regarding bids, including available plans or specifications, conferences and other details needed for a contract.

A type of bids whose regulations or statute fall outside the realm of the public bidding process.

Procurement is the act of governments purchasing goods or services. This includes soliciting, specifying, selecting and awarding purchase contracts through a competitive bidding process.

Any official or employee of an entity who will be dealing personally or substantially with the process of procurement which includes, drafting and reviewing specifications or statements of work for a contract, preparing or developing the purchase request, creating the solicitation, evaluating the bids or proposals, selecting sources, Negotiating prices or terms and conditions of the contract, and reviewing and approving an award or contract modification.

An offer made by an entity to buy goods or nonpersonal services from commercial sources with specified terms and conditions. The limit for these purchases is currently $100,000.

The agency’s contracting officers use this process to legitimize and approve a contract made by someone without contract authority.

This is a process where the agency can look for specific proposals from vendors. This follows a process of specifications and a formalized set of procedures and standards.

A agency can look for vendor input on a proposed product or process. This allows the agency to have more information and consideration, instead of asking for a more specific proposal or actual quotes for the goods and services.

This requests allows an agency to better determine prices from vendors for a specified good or service.

SCORE stands for The Service Corps of Retired Executives and is a 12,400 member volunteer organization sponsored by the SBA (Small Business Association). It matches volunteer business management counsellors with small business owners in need of expert advice.

Individuals who certify that they are members of named groups (Black Americans, Hispanic Americans, Native Americans, Asian-Pacific Americans, Sub-continent-Asian Americans) are to be considered socially and economically disadvantaged. The preferred terminology for these businesses is Minority Business Enterprises (MBEs). Please see our article about small business and minority businesses.

These centers over a broad array of information and guidance about businesses and even assist in preparing loan applications.

Currently purchases can be deemed ‘small’ if they do not exceed $100,000. FASA has redefined the term and limit for “small purchases” and the are now called “simplified acquisition threshold” whose threshold is $100,000 or less. Under the Small Purchases umbrella are purchases under $2,500 (micro purchases). The small purchase set-aside for small businesses for these purchases has been dissolved, but it now applies to values between $2,501 – $100,000. If an agency has temporary or full Federal Acquisition Computer Network (FACNET) capability (aka the ability to perform certain functions electronically) the $100,000 threshold applies. If they do not have a FACNET the threshold is set at $50,000.

This is a contract for goods and services that is between an agency and only once source they solicited and negotiated with. This type of procurement must be fully justified to indicate the reasons why competitive bidding was not possible.

This document is the beginning of the process of purchasing goods and services. Solicitations instruments can include Invitations for Bid (IFB), Requests for Quotations (RFQ), and Requests for Proposals (RFP) and for small purchase actions.

This document details how the proposals from the bidders will be evaluated. It includes evaluation factors to be used, the methods used to evaluate proposals and the relative weight of the factors involved.

This code represents a category within the Standard Industrial Classification System applied by the Statistical Policy Division of the U.S Office of Management and Budget. It was established to classify all industries in the US economy. A two-digit code is assigned to each major industry group, and the placed with a second two-digit code describing the subcategory.

A contract between a prime contractor and another source to acquire outside goods and services to perform the contract requirements. A subcontract could include any agreement, except employer employee relationship, which the prime contractor agrees to in order to complete the government contract.

A bid or offer to provide a good or service to an agency at a specified price.

Companies which fit into the definition of a small business, and are at least 51% owned by a woman or woman who are U.S citizens and who control and operate the business. The preferred term is Women Business Enterprises (WBEs). For more information see our article on Small and minority businesses.

A written proposal submitted to an agency by an outside source to perform the needed goods or services more effectively and efficiently. The unsolicited proposal would not be a response to a formal or informal request, unless it’s an agency’s request forming a publicized general statement of need.